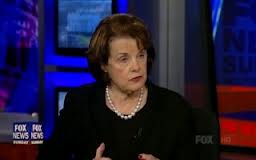 A New Class of American Citizens

This week, at the confirmation hearings for John Brennan, we learned much about the Obama administration justification for the use of drones, even to kill American citizens.  Senator Dianne Feinstein, an Obama mouthpiece, even created a new class of American citizen…”so called.”

Senator Feinstein was questioning Brennan, President Obama’s nominee for C.I.A. Director, about the justification for killing Anwar al-Alwaki in a drone strike in Yemen in 2011.  Believe me, I do not approve of al-Alwaki’s activities, beliefs, or words, but he was born in New Mexico and that fact makes the following exchange between Feinstein and Brennan most disturbing.

Addressing Brennan on the subject of al-Awlaki Senator Feinstein said, “One of the problems is, once the drone program is so public, and one American is caught up, people don’t know much about this one ‘American citizen’—so called.  They don’t know what he’s been doing, they don’t know the incitement he has stirred up. I wonder if you could tell us a little bit about Mr. Awlaki and what he’s been doing.”

When Brennan didn’t answer her quickly, fully, or loudly enough, the Senator continued her defense, “See, that’s the problem. When people hear “American,” they think someone who’s upstanding. And this man was not upstanding by a long shot.”

John Brennan agreed with her statement with a simple, “yes,” so she persisted in her statement, “And maybe you cannot discuss it here, but I’ve read enough to know that he was a real problem.”

Finally Brennan involved himself agreeing that al-Awlaki “was intimately involved in activities that were designed to kill innocent men, women, and children, mostly Americans. He was not just a propagandist.”

What caused my jaw to drop was the Senator’s summation at the end of the exchange with Brennan, “And, so, Mr. Awlaki is not an American citizen by where anyone in America would be proud.”

The Proud and Upstanding Standard

In the instance of Mr. al-Awlaki, I may, personally agree that he was “worthy” to be assassinated, however, I am flabbergasted, appalled, and frankly, scared to death that this administration has granted itself unchecked authority to kill American citizens.  My reaction is exacerbated by the fact that one of the administration’s greatest supporters, Senator Feinstein describes, and the current C.I.A. Director nominee allows, that the executed was not, “upstanding” or a citizen of whom we could be “proud” and therefore, his execution is justified.  His citizenship was reduced to “so-called” by unilateral decree.

What constitutes the standard of “upstanding” or “proud” put forward by Ms. Feinstein?  I am certainly not “proud” of this President nor am I “proud” of the Majority Leader in the Senate, and the Speaker of the House is not at the top of my list either.  I find the people who made the backroom deals that were done in order to pass Obamacare, far less than “upstanding.”  However, I do not consider them worthy of a drone strike.  I don’t like the socialistic tack this administration is pursuing.  But, however much I may disagree, their citizenship is not “so-called” just because I decide that they don’t meet my standards.

What I find most distasteful and frightening is that no one in the administration has made any attempt to distance themselves from Senator Feinstein’s remarks.  If allowed to stand unchallenged, who is to say what group, what theology, what individual that the government finds challenging won’t be summarily stripped of their citizenship and executed?

Should I Be Afraid?

I am a Christian.  I am a small-government conservative.  I own weapons according to my Second Amendment rights and WILL NOT give them up, nor allow the government to know where they are located.  I write this blog and other articles with the express intent of influencing the thinking of other people.  Am I on a “hit-list?”

President Obama has made his contempt for Christian absolutes extremely obvious.  Mr. Obama and the liberals that support him believe that government is god.  The President’s actions have made clear his total disdain for our Constitution and its roots.  He and his supporters rewrite history whenever necessary.  Christians do not call this behavior “upstanding,” we call it lying and we oppose it.  My role is publicly calling for truth and disclosure.  I do it regularly.  Should I be afraid?

Sorry, Senator Feinstein, but Mr. Alwaki was an American citizen.  I, like you, find his behavior reprehensible, but I find yours not much better.  Mr. Obama, nor you, have the right to rescind his citizenship and execute him without restraint.  Nor would I rescind yours and remove you even if I could.  That is what sets The United States of America apart as a nation.